I am a professor in Radio Communications at KTH – The Royal Institute of Technology, Stockholm, Sweden. I am co-founder and long-time director of Wireless@KTH, the Center for Wireless Systems at KTH. I used to serve as the Scientific Director of that center until 2017 when the center was closed. I belong to the Radio Communication Systems lab which I led from 1989 – 2017. The lab is now part of the the Division of Communication Systems.  2013-2017 I was head (Dean) of the KTH School of Information and Communication Technology. From 2017, I was leading the merger of the three schools at KTH and became the Head (Dean) of the new  School of Electrical Engineering and Computer Science (EECS) at KTH, a post that I held 2018-2020.

Besides my activities at KTH I am also a board member of PTS, the Swedish National Telecom Regulator

Since 2001 I am a member of the  Royal Academy of Engineering Sciences (IVA) ,

In 2014 I was appointed Honorary Doctor at Alto University, Finland

My research interest are focused on the future of Wireless Systems – Infrastructures and Services. Managing the “Data Tsunami” with respect to technologies, infrastructure economics as well as spectrum and energy management I see as one of our greatest challenges ahead.  I frequently give  talks on future developments and research challenges in these area.

Look at some recent presentations I gave  about my latest research

Our latest textbook “Fundamentals of Mobile Data Networks” was published by Cambridge University Press in March 2016.

If your are one of those looking for prior art to fight ridiculous patents in active networking, software defined networks  and similar stuff that seems to be  reinvented every odd decade, you can save some time by looking at some of my ancient work as Ph.D. student: Zander1981,
Zander_Forchheimer1983 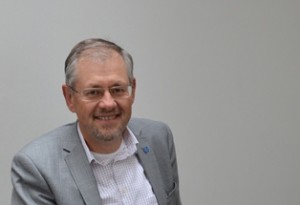 Sites you should visit!

This is a set of personal web pages. Although I am a KTH employee, all the opinions or statements expressed on these pages, directly or through links to other web pages and documents are mine, and are not to be regarded as representing KTH.
Iconic One Theme | Powered by Wordpress